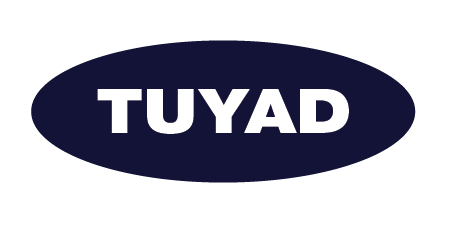 Detectors determine physical arguments related to real world, convert them to workable forms and transfer them to numerical environment. Thus, they contact between physical world and numerical world. Detectors are integrated to numerous devices, machines and places in daily life, create an immense execution area and provide social benefit. Under favor of detectors, substructure faults could be avoided like quake, flood, fire etc. Natural resources could be protected. Security could be increased and new applications like smart house technologies could be developed.

After electronic, communication and micro electromechanic systems were developed, transceiver detector networks’ execution areas in daily life become widespread. For example, developments in semiconducting technology increase speed and capacity of processor and make transceiver’s sizes smaller.  As the result of miniaturization technologies apply, small size and cheap detectors, actuators and control units could be made real. In addition to these, embedded systems were developed and due to detectors, numerous execution areas are opened in our daily life.

Detection is a technique that using for collect information about a physical object or process (to watch the change in temperature or pressure). The executer object of detection operation is the detector. Our eyes to get the optical data, our ears to get acoustic data like voice and our nose to smell are the examples of natural detector. Our eyes, ears and noses in our body are remote detectors. Because they get necessary information without touching objects.

If we look from the technical perspective, the detector is the device turns the parameters and happenings in physical earth to signals that are able to measured and analyzed signals. Many transceiver detector networks use detectors and actuators for to be able to directly control the physical environment. Actuators might be a valve that controls the water flow, an engine that is able to open and close a door or a window or a pump that is able to inject fuel to a machine.

The Construction of Transceiver Detector Networks

In case of more than one detector observe a large physical region, a big transceiver detector network is created. The detectors are able to communicate with each other and a defined central station. The figures below shows network topology that observes two different geometrical areas and transfers observation data to main station.

As it seems in the picture, transceiver networks vary according to their constructions and communication talents. The detectors with simple construction can observe only one physical phenomenon and more talented constructions can compound more than one detection techniques (acoustics, optics, magnetics). Also, different construction detectors can communicate in different delay time data transmission speed by using ultrasonic, infrared or radio frequency signals.

From the other side, while basic detectors collect data that dependent to followed environment, the detectors has bigger processor power and energy and storage talent process the data and centralize. These kinds of devices add abilities like forming communication backbone to transceiver detector networks.